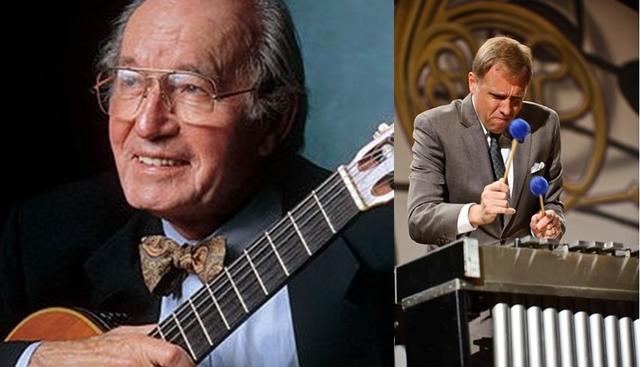 The Mainstay is pleased to announce a rescheduled date (postponed from last September) with jazz great vibraphonist Chuck Redd in a performance he has titled “A Birthday Tribute to Charlie Byrd” on Friday, February 10.

In the early days of the Mainstay, legendary guitarist Charlie Byrd, who filled large concert halls and played before royalty, was persuaded to perform at our modest 120 seat venue. Following that first concert, he kept returning with his famous musician friends (and a young drummer and vibes player named Chuck Redd).

Byrd was perhaps best known for his association with Brazilian music, especially bossa nova, and his collaborative work with sax legend Stan Getz. Their #1 Jazz Samba album remained on the charts for seventy weeks and brought bossa nova into the mainstream of North American music. Chuck Redd, whose credits include the Charlie Byrd Trio as well as the Mel Tormé All-Star Jazz Quintet, has career highlights of 30 international tours to Europe and Japan, and concert appearances at Carnegie Hall and on The Tonight Show.

Chuck will share the stage with guitarist Nate Najar, cited by music critic A. D. Amorosi as “the heir apparent to Charlie Byrd.” Years later, Najar would get the stamp of approval from no less than Byrd’s widow, the Mainstay’s very own Becky Byrd, who said, “There is no doubt that there is a piece of Charlie’s soul in Nate’s mind, heart and fingers.” Stand-up bass player Herman Burney will round out the trio.

Their Mainstay program will revisit Byrd’s landmark bossa nova works, as well as songs that Charlie loved by Gershwin, Ellington and Rodgers and Hart. 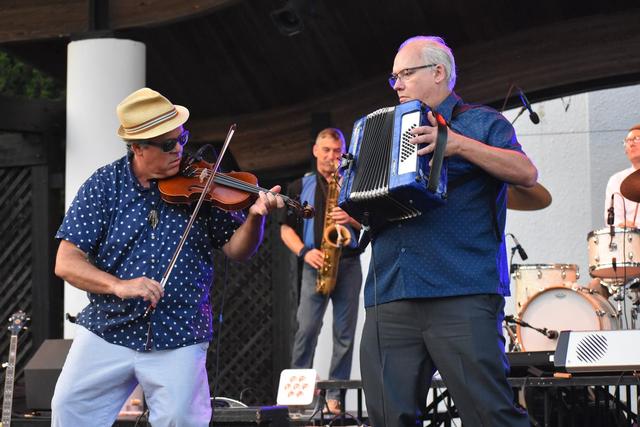 Mardi Gras Celebration with James Day and the Fish Fry

The Mainstay is observing the flavor and excitement of Mardi Gras on a special Fat Tuesday (February 21st) 7 P.M. show. Philadelphia-based James Day and the Fish Fry perform all styles of New Orleans Music: A Gumbo mix of Street Parade music, Cuban Rumbas, Swamp Pop, Zydeco, and New Orleans Classics. It’s all there in the pot: backbeat drumming, slapping upright bass, fat tone guitar, squeezing accordion, honking saxophone, scratchy frottoir, Cajun fiddle and ripping harmonica. If you want to dance, or just soak up some fine New Orleans Music then join us for Mardi Gras – Chesapeake Bay-style -- at the Mainstay 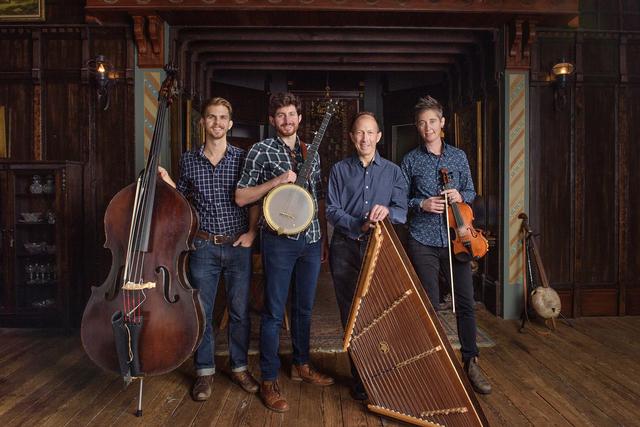 Bluegrass with Ken and Brad Kolodner and their Group

The Mainstay is pleased to welcome the dynamic father and son team of Ken and Brad Kolodner and their quartet for a night of bluegrass, and old-timey music. Their popular performances capture a unique, personal, and captivating soundscape that reveals a passion for traditional music. Ken Kolodner is regarded as one of the most influential hammered dulcimer players in North America. The hypnotizing groove of his percussive hammered dulcimer, along with his son’s rhythmic clawhammer banjo and the group's seamless 3-part harmonies, give their bluegrass material a signature sound. They are joined by Alex Lacquement on stand-up bass, and multi-instrumentalist Rachel Eddy on fiddle, banjo, guitar and vocals (Rachel is a former member of the Old-Time supergroup Uncle Earl).

The group has performed at The Kennedy Center, The Birchmere, The Champlain Valley Folk Festival, The Helicon’s Winter Solstice concerts, several appearances on the legendary “Bound for Glory” radio show in Ithaca, NY (the longest running live concert-radio broadcast in the United States), as well as numerous other concerts and festivals along the Eastern seaboard. 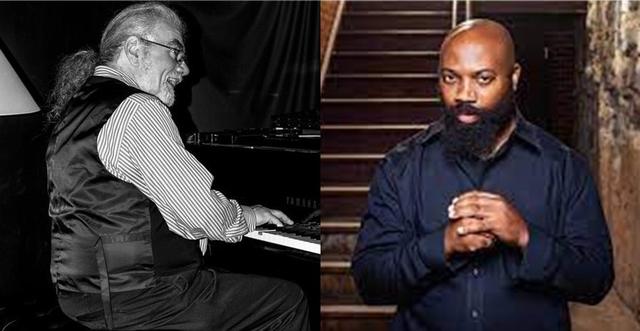 Washington D.C. area music critics hail Johnson’s performances as “setting a standard for other performers to shoot for.”

A native of D.C., Johnson began playing the piano at the age of five and honed his technical facilities as the pianist in his uncle’s church. “I believe that my improvisational intuition probably developed from playing in that church,” Johnson has stated. He credits what Church musicians call this fluency ‘flowing in the Spirit.’

While Johnson received considerable local recognition early on, he never moved away in pursuit of the world stage. Instead, Johnson now stands as one of the most influential figures in the D.C. jazz scene, where he is known as both a performer who can consistently draw capacity crowds to venues, and an educator (he is the director of Jazz Studies at the University of the District of Columbia). 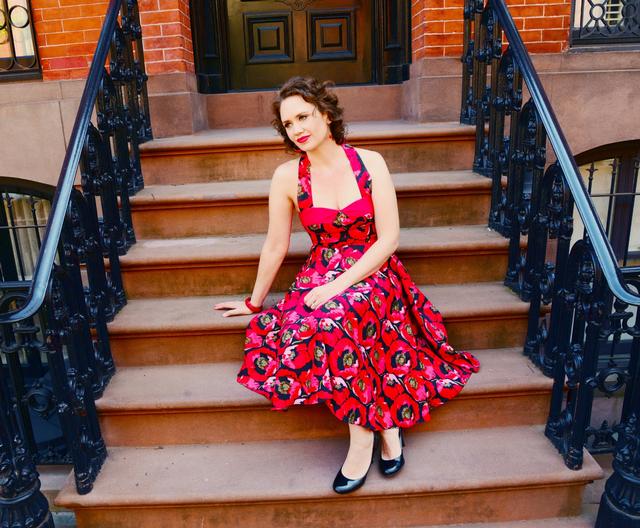 NYC-based vocalist Hilary Gardner returns to the Mainstay with her brilliant pianist Steve Einerson for a program of jazz standards. For this next Mainstay show, Hilary has planned an intimate and story-driven perspective on the Songbook, recalling the styles of Julie London and Peggy Lee.  People will recall her last visit to the Mainstay, when she performed a tribute to the familiar Great American Songbook tunes associated with Hollywood’s musical Westerns from the 1930s through the 1950s. She has been a featured performer on Broadway and regularly plays all of NYC’s top jazz spots. 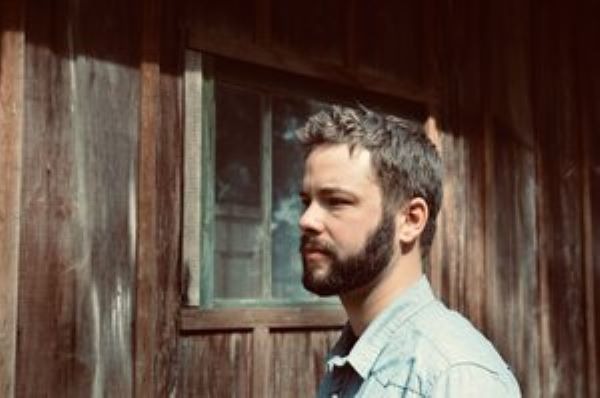 It’s been said that John John Brown’s songs are so well written hat every song could be a short story.” His astute observations and humorous slant on life conjure up the music of John Prine. John John is a Kerrville Festival New Folk Winner and an Emerging Artist at the prestigious Falcon Ridge Folk Festival. In concert he is known for mixing his storytelling songs with a unique multi-media visual arts presentation. Expect the unexpected. 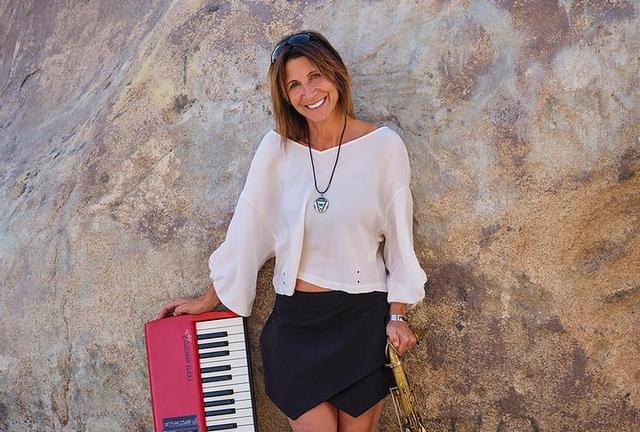 Deanna Bogart Returns to The Mainstay

The fireworks continue as Mainstay favorite Deanna Bogart returns with her spectacular combination of boogie-woogie, rocking contemporary blues, country and jazz into a splendid blend she calls “blusion.” In defining it, she says, "...it all grows out of the blues... it just doesn't always end there..." Her keyboards dazzle, her saxophone soulfully wails, and her smoky vocals bring out the best in her original cut-above songwriting and her covers. Her fusion of blusion -- spontaneous, sophisticated, fearless and fun -- has garnered her three consecutive Blues Music Awards for Horn Instrumentalist of the Year and an endorsement contract with Rico Reeds. She has won, at last count, more than 20 Wammies, the music awards for the hotly contested Washington, D.C. region.

Tickets are going to fly out of here for this show! 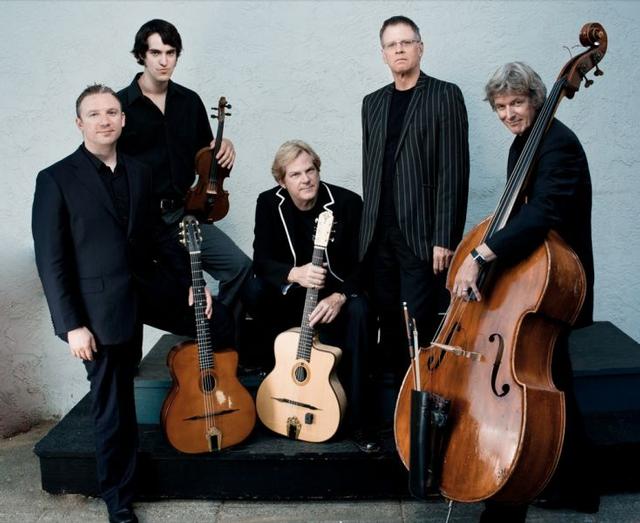 John Jorgenson is recognized by many critics and fans as one of the greatest guitarists on the world stage today. Jorgenson first came to national attention as co-founder of successful country-rock act The Desert Rose Band, with Chris Hillman (formerly of the Byrds and the Flying Burrito Brothers). During that time he won the Academy of Country Music’s “Guitarist of the Year” award for two consecutive years.

In 1994, Elton John invited Jorgenson to join his band for an 18-month tour that stretched into a six-year stint of touring, recording and TV appearances. He also collaborated with Sting and Billy Joel. His other notable affiliations were with Earl Scruggs, Bonnie Raitt, and Bob Dylan, as well as with Luciano Pavarotti and Barbra Streisand.

Early in his career Jorgenson discovered the work of the great gypsy French guitarist Django Reinhardt The John Jorgenson Quintet continues to honor the string-driven swing created by Django and violinist Stephane Grappelli in 1930s Paris, often lauded as the most popular European jazz figures of their time.

John Jorgenson’s date at the Mainstay comes exactly one week before his scheduled appearance at Carnegie Hall in New York City.